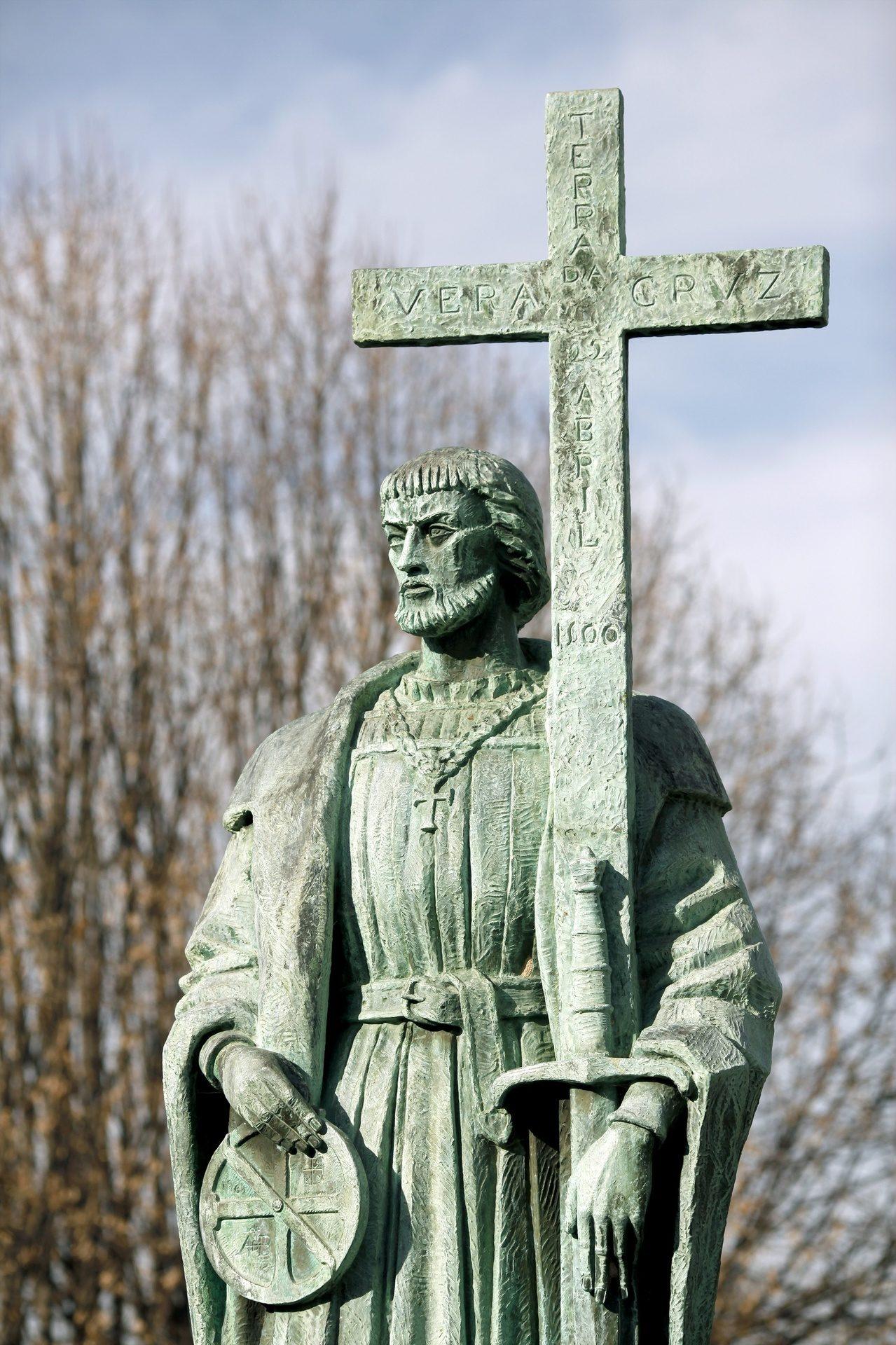 Pedro Álvares Cabral, Hidalgo da Corte, son of Fernão Cabral and Isabel de Gouveia, who will be born between 1467-1468 in Belmonte. Created as a member of the Portuguese nobility, Pedro Álvares Cabral was sent to the court of King D. Afonso V in 1479, when he was about 12 years old. He was educated in humanities and trained to fight and take arms. He was about 17 years old, when he was appointed young nobleman (a title of lesser importance normally bestowed on noble youth) by King D. João II. The records of their actions before 1500 are incomplete. King Manuel I, who had ascended to the throne two years earlier, granted him an annual allowance of 30000 reais on April 12, 1497. At the same time, he received the title of Squire of the Council of the King and appointed Knight of the Order of Christ.  There is no detailed physical image or description of Cabral contemporaneous to his time. It is known that it was strong and was equal to the father in height (1.90 meters). Cabral’s character has been described as cult, courteous, prudent, generous, tolerant of enemies, humble, but also vain and very concerned with the respect he felt his nobility and position demanded. After the return of Vasco da Gama, D. Manuel sent to India a new armada, more numerous and militarily stronger. Thirteen ships were sent, with crew and men of war in a total of thousands and a half. According to the assumption, they were able to establish commercial and political directives that Vasco da Gama, with his modest fleet, could not establish. By royal Letter of 15 February 1500, Pedro Ávares Cabral, about 33 years old, was named then to command this mighty armada of the 15th century, seeking to establish political, diplomatic and commercial relations with the Samorim de Calecute , imposing force if necessary, and return with as much goods as possible. Thus, the Armada left Portugal on March 09, 1500, arriving to the American continent, more precisely to Brazil, on 22 April 1500. On this date the caravels arrived on the south coast of the current state of Bahia, where they spotted a hill to which they baptized Monte Pascoal, because they arrived at the time of Easter. Upon arriving here, they kept in touch with the natives and wrote to King D. Manuel telling about all the natural riches they found, and settled here with a colony of exploration. The landing took place on 23 April, 45 days after the departure of Portugal. Two days later, on April 26th, the first mass was held in the territory. On May 1, Pedro Álvares Cabral officiates The possession of the Brazilian lands by the Portuguese crown with the celebration of the second mass before a cross marked with the royal crest.