The coat of arms of the village the oldest coat of arms is a press. It tells the tradition that the castle was surrounded. The enemy kidnapped a child who was the daughter of the warden, threatening to torture her in a press if the castle was not delivered. But the castle did not surrender, seeing its warden torturing the child… (TAVARES, p. 5). From the press they made stone of arms of the village and appears in the Church of S. Tiago and Pelourinho. In 1855, the coat of arms of the village was “ordered to scratch the peak” by the judge from outside, Severino António da Silva geraldes, by order of Junot, which reveals the resistance offered by Belmonte (TAVARES, p. 6). The current coat of arms (in red field and on green mantle, a silver tower), is authored by Afonso Dornellas. It was approved by the Heraldry section of the Association of Portuguese archaeologists on 22 December 1922. Note: The CMB revitalized its visual identity in order to create a modern image that would stimulate the different audiences with their differentiator values: a land with history, an edified and human heritage, the birthplace of Pedro Álvares Cabral, a link Culture to Brazil, the multi community, the presence of an ancestral Jewish community. The municipality received three dozen more proposals from which it selected ten papers that will now be exposed for public analysis. The winner was known in mid-April 2014. 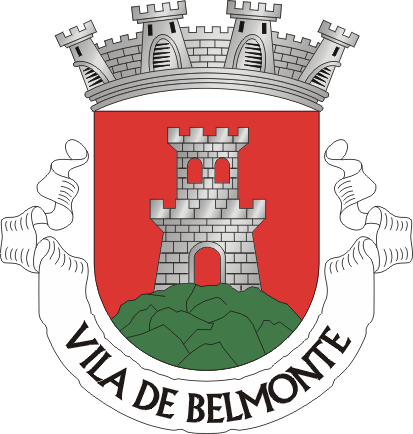 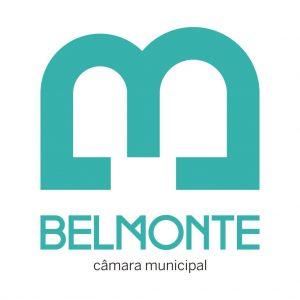